I’ve never seen a more polarizing book gain so much popularity. I feel like that’s all I need to say about this book, but of course it’s not. Circe is a Greek mythology retelling, and I’ve gotten the feeling that people who know and like Greek mythology love this book and those who took a risk, hoping they’d be able to learn some things along the way hate it. I didn’t like it. I found glimmers of hope when I would recognize a character from my middle school English class, but overall I felt a little lost.

Circe is a greek mythology retelling from the perspective of the nymph/witch/enchantress, Circe. (I literally had to google that to make sure I got it right.) After Circe is banished from her home city for using her witchly powers, she sets up a home on a deserted island. The story unfolds as she lives there for millenia and recieves several visitors – some who bring her fortune, and some who do not. 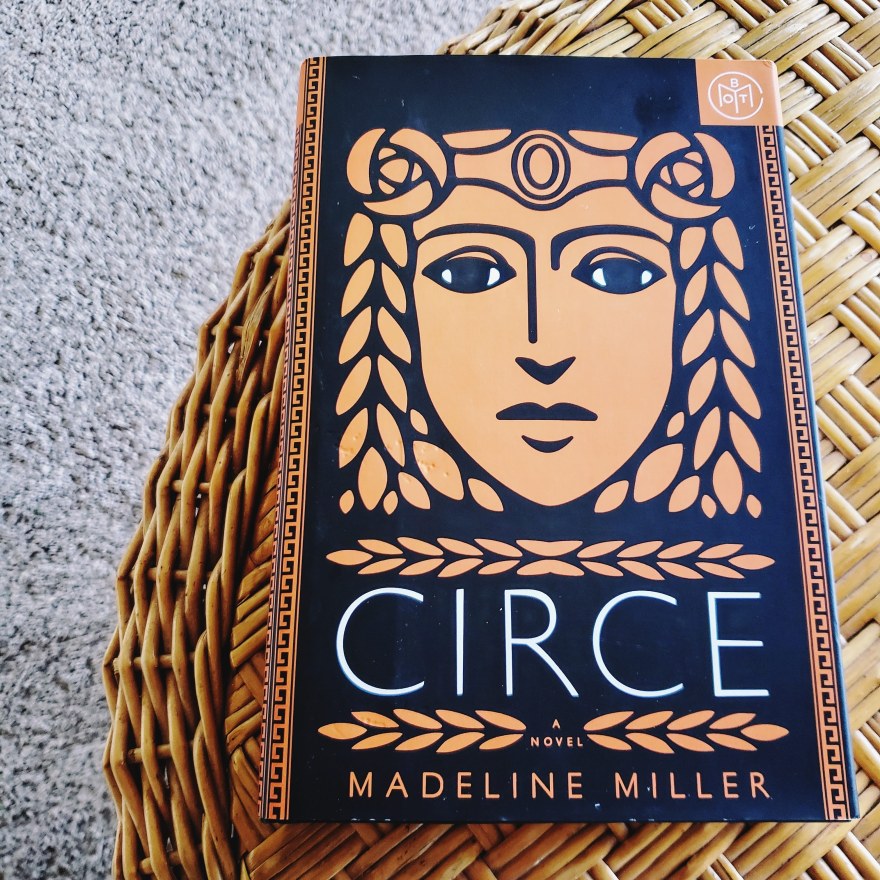 I have some very strong feelings about this book.

I know this review was a little more straightforward than normal (and really more of advisory), but as I said in the beginning, I’ve never seen such a polarizing book before and I have a lot of strong feelings about it! I think knowing the above would have helped me to enjoy this book more, so I just wanted to make sure you have the best experience possible.

As a final take, I’d say that I don’t think this book did a good enough job with providing me the context I needed to understand the characters or the story. If that was going to be the case, I think either the glossary should be more available (at least mentioned at the beginning) or readers who don’t know a lot about Odysseus should be warned to stay away from this book. The hype for this one was a little too contagious, so I think a lot of people who probably shouldn’t read this book decided to pick it up, and, I being one of them, were a little dissapointed.

P.S. If you feel like you want to dip your toe in the Greek Mythology pool, but this one doesn’t sound like it’s for you, try Silence of the Girls! I found that one a lot more approachable

One thought on “Book Review: Circe”